FOXEN AND MIXEN: GETTING YOUR PHONEYS RIGHT 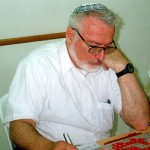 The non-native English-speakers who play in our Club display an enviable mastery of English — or, at least, the Scrabble version of English.  But they also have a special inventiveness with phonies, which have resulted in new entries to the formal canonical list of Scrabble jargon worldwide. 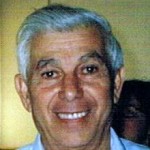 It all started one night with Jerusalem-born Yehuda: at a crucial stage of a game against ex-Montrealer Steve, he hooked a play onto OXEN, creating a Yiddish-sounding FOXEN.  This misstep not only cost Yehuda the game, but introduced ‘FOXEN’ to our Scrabble lexicon as a description of an invalid word formed by hooking a letter onto one that’s valid. 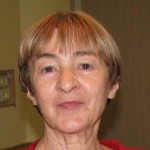 That was the beginning.  Foxens received a partner when Rumanian-born Mia played MIXEN at the Club — and ‘MIXEN’ became our term for a word that seems plausible, but can’t, in fact, be formed by hooking a letter to another valid word.

David L, Steve and I were delighted with our classification system, and in our weekly e-mail review of our games at the Club, we began comparing foxens and mixens played by and to us.  Until the whole system came under sudden threat when my opponent one week put down VIRE, hooking the ‘E’ onto GOY, which was already on the board.   Now EGOY is clearly a foxen, but what about VIRE?  On the one hand, it’s V plus IRE (an indisputable foxen); but on the other hand, it came into being whole, as VIRE — not as IRE, with the V-hook added later.   So, is it a foxen or a mixen?

I consulted David L, by now our senior classifier. He was rendered speechless.  He asked for time to consider this development, and eventually replied in an e-mail that will surely become a classic responsum of phoneyology:

I am pleased to clarify:

*Today, VIRE would be classed as a BONKER, a term that didn’t exist when David wrote his responsum.  A BONKER is a phony lacking only an ‘S’ ending.