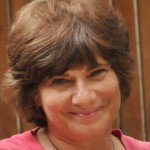 It was November of the Club’s third or fourth year, and it was pouring with rain.  I’d met Richard Aron a few days before at a Friday night dinner, and he’d urged me to come to the Club.  I was soaked through and already regretting the decision.  I knew no one there and wandered over to look at the Standings.   “What kind of obsessive-compulsion person tracks all this, and why would anybody care?” I wondered.  But then came the first game.  I had PLATING on my rack, but no place for it on the board.  Then, revelation!  There was an open ‘I’ and PLAITING went down.  Obsession took hold, until childbirth broke the spell with a 14-year absence.   Although many of the faces were the same by the time I got back to the Club, a lot else had changed.  Wooden tiles were now pro-tiles, clocks had gone digital, designer boards were on every table, the dictionary was in its third incarnation (unforgivably without either VON or DA), Stats and Highlights were online and therefore old news by Tuesday evenings, and the level of play had skyrocketed.  What hadn’t changed was the Club’s ability to ensnare.   Despite my intention to keep things casual and come only now and then, I fell rapidly back under the spell of the game and the Club.