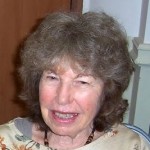 The first time I attended the Club was its fifth-ever meeting.   I remember how happy I was that there was finally a proper Games Club in Jerusalem.  In my innocence, I’d thought it was a general games club, and in my bag, would you believe, besides my Scrabble set (until then used only in privacy), I had games like Anagram Scrabble and Boggle, as well as board games that have nothing at all to do with words.  How low can you get!  Another thing that immediately became clear to me that first time was that none of my Israeli ways was going to work here, and I had to be on my best Anglo-Saxon behavior!  The name of the game was being civilized and friendly, and displaying a proper spirit of competition.  This conduct, I quickly learned, was to be practiced along with three unwritten rules: