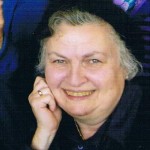 SCRABBLE AND THE TALMUD

This is a real oldie.  It’s about the first time I ever sat down to play Sam.  I was very nervous, being much the weaker player.  He opened with a short word, placing his C in the double-word lane.  Later he told me it was a defensive play, as not too many bingos end in C.  To my delight, however, I was able to play onto that C, putting down TALMUDIC as a bingo.  It blew him away!  Then and years later, every time we sat down to play one another, he would recall that opening.  I’d have forgotten it entirely, if he hadn’t kept reminding me.