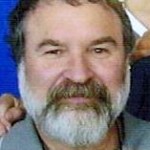 THE EDUCATION OF A SCRABBLE  PLAYER

My first exposure to Scrabble as Life came shortly after my aliyah to Elazar in 1983, where my neighbors include the Kesselmans and Wetherhorns.  I don’t remember how much arm-twisting was applied, but one Shabbat afternoon I found myself firmly seated in the Wetherhorn home, ready to be swallowed alive. Mercy towards newbies was not in great abundance on Elazar in those days (nor is it today), and I was indeed swallowed. But in the 20+ years since, I have yet to relinquish my Shabbat seat, and have here and there also managed myself to devour a few opponents.

My first visit to the Jerusalem Scrabble Club came in 1985 in season 5. I attended sporadically and played inconsistently thru several seasons, but with the birth of my two youngest girls 18 months apart (bad planning), the wife not-so-gently eased me into temporary retirement (see: “JJ,” “Brenda,” “Kenny,” etc.). I made it back for good around season 31, setting my sights on becoming a half-decent Scrabble player. Easier said than done.

You see, against all common sense and notwithstanding a total lack of evidence to the contrary, I honestly believed that the best players in the Club somehow always pick the best letters — that is, they have the best luck. And since I was not one of the best, I had no chance to win on a regular basis. What other explanation could there be for the phenomenon whereby every time I made a good play, the other bloke made a better play? Either he had miniature eyes cloned onto his fingertips (with night-vision goggles, of course, ‘coz it’s dark in that bag), or he was the shrewdest cheater I’d ever met.  I didn’t allow this brilliant thesis to be refuted by the fact that the same five to 10 people always seemed to sit at the top of the A division. What, only a few people in the club know how pick (or cheat)?!  Cruelly, yet mercifully, I was eventually cured of this belief when one day, midst an assembled group that included Sam, JJ, Zev and a few other so-so players, I bravely blurted out my discovery: “I have determined that the best players always pick the best letters — can one of you show me how it’s done?”  As the uproarious laughter died down, I sulked off into a corner, my thesis thoroughly bruised, but not refuted.

It took many more losses until I learned that my theory is indeed true, but it took much hard work.  Things began to change in season 36, the catalyst being the series of post-game analyses that Zev, Steve and I began exchanging every Wednesday morning from our desks at work, and which continued for several years.  We would examine and rip apart each other’s games (Zev is a born ripper, with Steve it’s an acquired skill), and it was as if somebody had turned on a light. I went 52-23 in season 36 and have never since finished lower than 6th in the A division. While only Zev continues to analyze every game religiously (see entry: “Perpetual Club Champion”), and Steve and I do so infrequently, those postmortems, as we designated them, changed my whole approach to the game.

I can summarize the revelation in one simple thought: “Better players make better luck.”  It was undeniable that Scrabble is a game of luck. How could it be otherwise, when you’re picking random tiles from a shmatte?  Suffice to say that I began to see Scrabble as a microcosm of life itself.  What you do with your luck is your business. While a small percentage of the time, no amount of maneuvering will improve a situation, I was astounded to learn how much control one does have over what transpires on a Scrabble board.  I learned that Scrabble is a game of math no less than a game of words, that there’s such a thing as thinking ahead, that hardball defense holds an honored place in our game, and that the Lord’s most beautiful creation is a plausible phony.