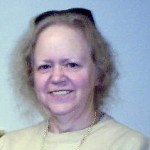 I got my first Scrabble set when I was eight — a deluxe, which was a flat board atop a turntable.  We placed the tiles facedown on the empty areas of the turntable.  There was no tile bag.  The first Scrabble club I played at was the [now-defunct] eight-member club in Tzahala, and I went only because I hoped to find someone there to play Boggle with!  But I won a game, went home feeling good, and started going regularly.  It was at Evelyn Sunray’s urging that I began coming to the Club in Jerusalem.  The combination of friendships and great competition got me hooked.  Sometimes, the hardest part of the evening was to stop chatting after a game and sit down for the next one.  During busy seasons at work, Tuesday night was the one pleasure, and work colleagues knew never to schedule meetings that involved me for Tuesday evenings.

A number of special times stand out — playing with gas masks on during the Gulf War, celebrating Sam and Wendy’s wedding. Then there was the evening that I had my first 600+ game (against Lionel who was very sweet and congratulatory) and the time I beat Zelig for the first time — and being more elated about the latter. Shortly after that, Brenda had two 600+ games in one evening and I was humbled. There are also images at ICCY that stay with me — Sam at the door, warm, smiling, welcoming, taking money, pairing games, showing off the latest pix of the girls.  Zev sitting opposite, back to the wall, Uzi on the floor, Queene in the corner setting up the hot drinks, the early birds scrambling for the ‘good’ tables….