The following appeared in Zev Kesselman’s weekly recap of January 7:

Then there was game 2 against Chani, where *I* couldn’t figure it out. I had this pile of I’s on my rack to unload “AIIINTY”, and an inviting o10 position to place it.
But is it TYIIN, or TIYIN, or 2 Y’s? And will it take an –S to give opponent a row-15 bingo? So I played the safe-and-easy TINY, discarding only one of the I’s.
And immediately picked another I! Turns out that the old OSPD4 TYIN and TYIYN do not take –S; but the new TIYN and TIYIN do!
Mnemonic, anybody?

So I took up the gauntlet, which led to this poem …

(ghost-written for Zev by Josh)

Confronted by a holy mess of letters rarely seen,
Three I’s, a Y, an A, an N, a T – in white on green,
I input all that data to my Scrabble brain machine.

There’s GOTTA be a way to dump the vowels from this manure!
It took me but a fleeting mo to find the key for sure:
The currency of Kyrgyzstan – so distant and obscure!

I knew it well: it’s called the TYIN, and though I’ve not been there,
I’d even planned a voyage once with full itinéraire.
“Hey Lee! Let’s fly to Kyrgyzstan!” She quizzically asked, “Where?”

This central Asian paradise, with lakes so deep and blue,
And I’ve tossed in a shopping spree – especially for you!
A pair of woolen stockings costs a billion TYINS (or two).

Recovered now from reveries of billion-TYIN socks,
I noticed that this voyage ate six minutes from my clock!
I focused back on Scrabble and recovered from my shock.

My TYIN would go down handsomely in any of five spots,
I snatched the curséd plastic tiles and snapped them in their slots.
My mess, alas, had not vamoosed: damned vowels, I still had lots!

I powered up the banks reserved for verbal memory,
Recalled all spellings of this coin – and now I counted three!
There’s TYIN and TIYN and TIYIN and TYIYN – oh dear, that’s more than three!!

One spelling must be false, I knew, but in my panicked thoughts,
I lost control, my logic flew and joined the astronauts.
These TYINs and TIYNs and TIYINs and TYIYNs were TYIN’ me up in knots!

My word-ly power now powered down, my soul engulfed in doubt,
I made my choice but must admit I really chickened out:
This galline bird, his loins did gird, and TINY did he spout.

So now, my friends, I turn to you, although post facto ex,
I’d like a trick of memory so TYIN will not vex …
… a verbal string for TYIN’ round my cortical index.

And even should we not succeed, this verbal beast to slay,
I shall return to Beit Ha’Am and Scrabble I shall play,
And tell this tale to open ears until my TYIN’ day! 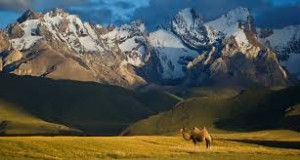